Humility is a common theme in The Imitation of Christ, and rightfully so; it is the gemcasket of all virtues — that is, their safeguard.  So it is with this second chapter of Kempis’s work (1,2), which emphasizes humility over the temptation to exalt oneself due to specialized knowledge in a particular area.

Our gospel has us still working through the first chapter of John and his exposition of John the Baptist.  Considering Jesus’ declaration about His cousin: “Amen, I say to you, among those born of women there has been none greater than John the Baptist” (Mt 11:11), can there be any doubt that the Baptist was the most humble human person that ever lived (save his cousin Mary)?  When a person is free from sin he sees more clearly his own status in relation to his Maker (that is, the unhesitating realization that God is God and I’m not).

Thus, it is fitting to consider John in this reading of Kempis’s chapter entitled “On Having a Humble Opinion of Oneself.”  John knew his role: to prepare the way for the Messiah.  When he had fulfilled that calling, he could point his disciples to Jesus and tell them to follow Him.  There was not a proud bone in John’s body — he could, without hesitation, be “esteemed as nothing,” as Kempis writes, and give up everyone and everything for his Lord.  “He must increase; I must decrease” (Jn 3:30).  What if we could say that and mean it?  That we have eliminated sin from our lives to such a degree that others only saw Christ in us (John may not only have borne a physical resemblance to Jesus, but many who knew both men must have been reminded of John in hearing Jesus’ words and observing His actions).  What a wonderful world this would be if this were so, and how much closer we would be to honoring Jesus’ petition in the Lord’s Prayer: “thy kingdom come on earth as it is in heaven” (Mt 6:10).

John the Baptist, pray for us! 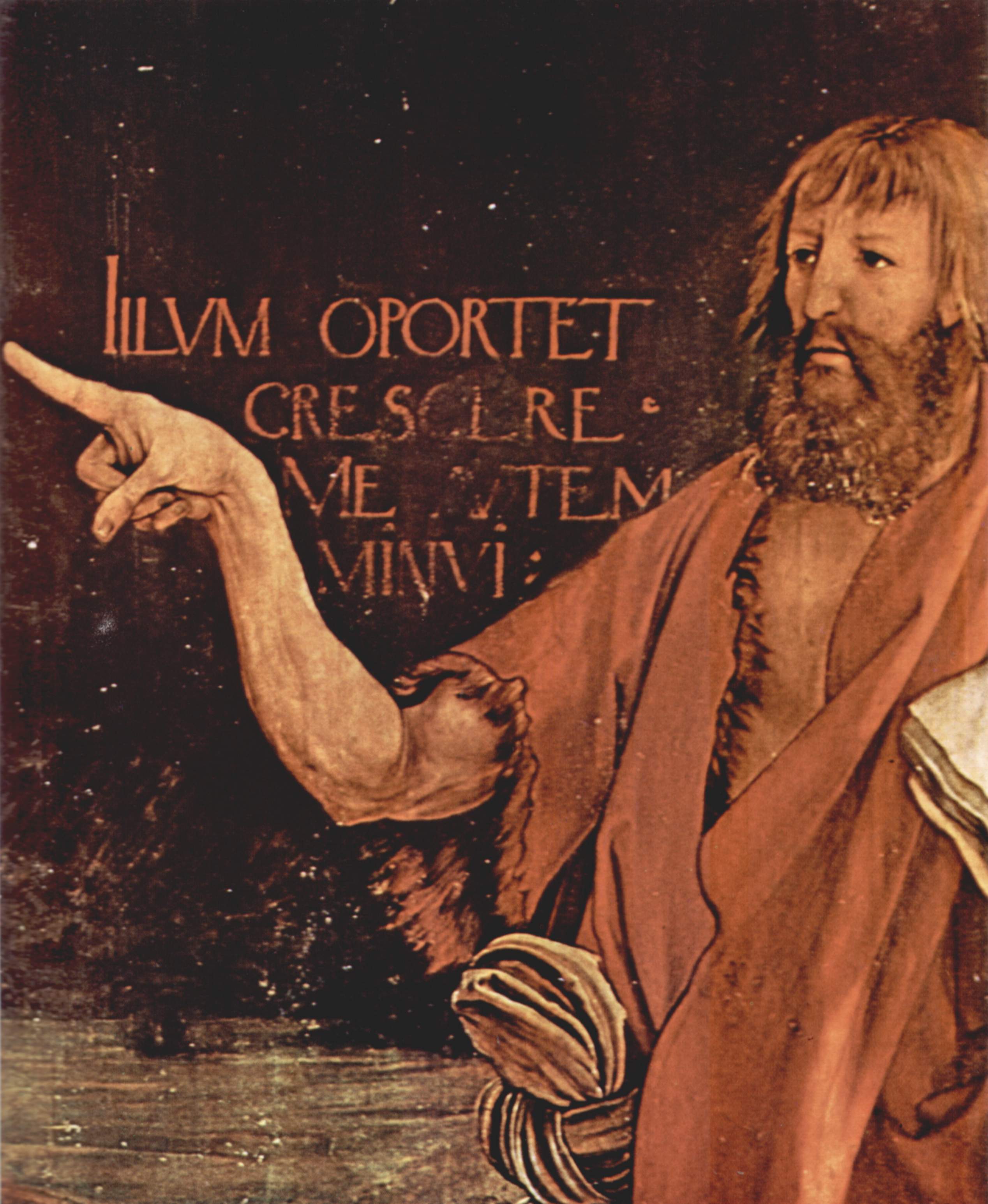 Illum oportet crescere, me autem minui or: ‘He must become greater, I must become less’ (Jn 3:30) (1510-1516) by Matthias Grünewald (detail from the Isenheim altarpiece)

We ask that on the Memorial of Saint Elizabeth Ann Seton, Religious, that this first American born saint, pray for us and for our nation.