Chapter 6 of The Imitation of Christ (1,6) deals with human persons’ inordinate desire for carnal and sensual things.  Above is the first half of the second sentence of this chapter.  He means that the proud and covetous are never at ease, never at peace.  They are not content with what they have but, rather, are continuously concerned about what they have and what they want.  This drive of the flesh never ultimately ends well.

Consider the bit of history related in the first reading (1 Sam 4:1-11).  The Philistines attack Israel and defeat them soundly.  Israel, constantly running after foreign gods, suddenly remembers the true God’s dwelling among them, and decides to use the Ark of the Covenant as some sort of good luck charm.  Eli’s two evil sons (they fully embraced the carnal and sensual pleasure Kempis denounces [see 1 Sam 2:12-17]) are sent to “fetch” it.

Not only does Israel’s army get slaughtered (more than seven times worse than before), but the Ark is captured and taken by the enemy.  This is not the end of the story of the Ark (it will soon be returned), but is it any wonder that a God who is ignored and forgotten “ignores” and “forgets” the Chosen People?  Could they (we) ever have peace, could they (we) ever be at ease, in ignoring, or worse, defying God?  God sent His prophets time and time again — “one they beat, another they killed, and a third they stoned” (Mt 21:35).

The silver lining is that this happens while Samuel is being groomed, and is already widely acknowledged as a prophet (see 1 Sam 3:19-21), to lead the transition from the age of judges to the institution of an earthly king.  Samuel becomes the heir that Eli’s son forfeited by their actions and which ultimately led to their deaths. 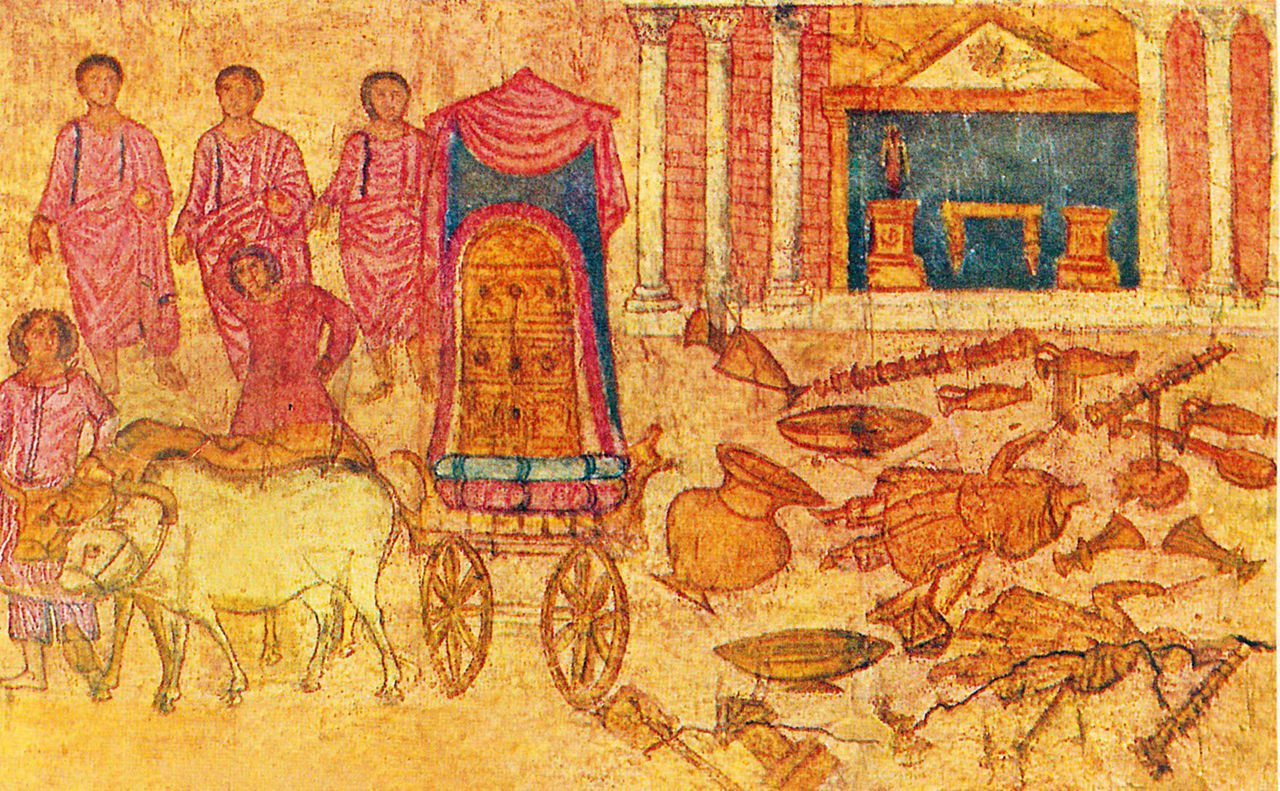 Fresco of the Philistine captivity of the ark, in the Dura-Europos synagogue.