Kempis’s words (1,12) remind me of St. Augustine’s famous quote from the beginning of his Confessions: “You move us to delight in praising You; for You have made us for Yourself, and our hearts are restless until they rest in You.”  So often, others fail us, but God never will.  But even if were to receive all manner of well-wishes and consolations from our fellow man, it still would not fill the “God-sized hole,” as it is said, in the core of our beings.

John the Baptist found consolation in his predetermined role as precursor to the Christ.  He lived a hard life of prayer and fasting.  He told folks what they needed to hear, not what they wanted to hear.  He took on the religious leaders of his day with harsh words, certainly not making any friends there.  (It is an interesting study to read the accounts introducing John in all four Gospels: Mt 3, Mk 1:2-11, Lk 3:1-20, Jn 1:6-34)  Finally, he took on the putative king of the Jews, Herod, calling him out for his unlawful marriage to his sister-in-law.  This led to his arrest and death that is proclaimed in today’s Gospel (Mk 6:14-29).  He was content to live a difficult life, to be spurned, to be arrested, to be imprisoned, to be killed, if it was the will of God for him.  How comforted must he have been in his jail cell when he received confirmation that the one for whom his whole life was dedicated to prepare was the Messiah who was doing the good works that were promised of old of the one to be sent by God (Mt 11:2-6; see also Is 26:19; 29:18–19; 35:5–6; 61:1).

Whatever life brings us, if we live as we are supposed to, trying to honor God in our every thought, word, and deed, living for Him, then not only will we find true consolation in this life but lasting consolation in the next.  It is not always easy to see this amidst the trials and tribulations we encounter in this mortal coil, especially when our Faith brings us persecution, but we are to be brimming with confidence that our “reward will be great in Heaven” (Mt 5:12). 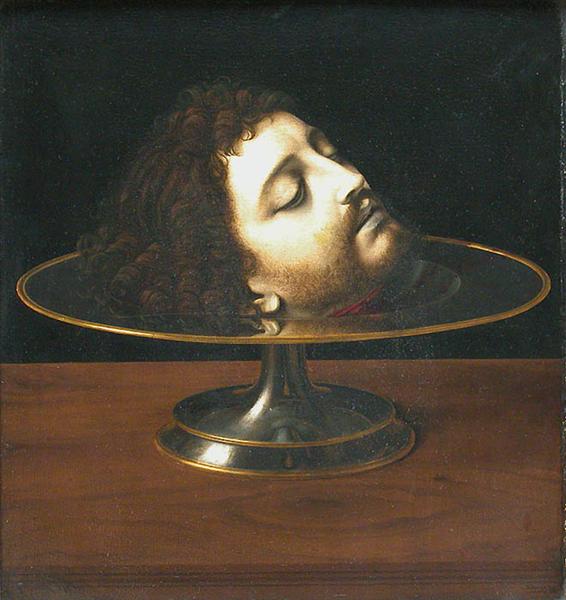 An interesting article: “Where is the Head of Saint John the Baptist?“