We now move on to Chapter XVI of Book One of Kempis’s Imitation of Christ entitled, “Of Bearing the Defects of Others” (1,16).  A particularly challenging chapter that will hit many of us in our most sensitive area: the difficulty in putting up with others who rub us the wrong way while having little concern (or even acknowledgment) of the negative effect we have on our neighbors.

James begins today’s passage (1:12-18) with the words in the headline.  He goes on to say that temptation does not come from God but rather from one’s own desires.  Giving in to temptation can lead ultimately to spiritual death when sin is allowed to grow and fester.

As is so often the case in the Gospels, Jesus gives the premier example of persevering in the face of temptation.  The Christ faced much adversity in His public life, and even before, as we note in the time of His temptation as He prepared for His public ministry (Mt 4:1-11).  Forcefully rebuking the devil’s direct enticements, the Lord’s virtue was measured and He showed not frailty but what He truly is: a faithful servant fulfilling to the letter His Father’s will for Him.

Maybe the reverend doctor was a Kempis fan?  In any case, Dr. King nails it.  Adversity will come.  When it does, do we exhibit virtues such as generosity, kindness, and humility (see the seven capital virtues).  With apologies to Matthew Kelly, do we put forward the best version of ourselves in such circumstances?  It certainly can be difficult in the heat of the moment.  Persevering in overcoming temptation to vice and embracing virtue merits “the crown of life.”  Well worth any trouble we encounter here, don’t you think? 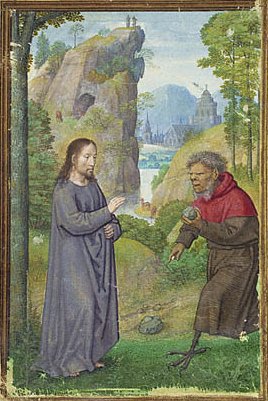