Kempis here reminds us that humility informs us that we can do nothing on our own; deliverance from evil comes from God alone (2,2).

Ezekiel turns from condemnation to consolation in this section of his book.  Writing in the time just after the fall of Jerusalem to the Babylonians in 587 B.C., the prophet gives the peoples of both the Northern Kingdom (Israel, here called Joseph, which fell to the Assyrians in 722 B.C.) and the Southern Kingdom (Judah, which just fell) hope in a restored, reunited, and everlasting kingdom headed by a new David.  God does not forget the sinfulness of the Chosen People but will deliver them from it.

The sin God focuses on in this passage from Ezekiel is apostasy (Ez 37:21-28).  Fr. John Hardon’s Modern Catholic Dictionary defines this term: “a desertion from a solemn commitment.”  We know that littered throughout the Old Testament are episodes of the Jews reneging on their promised covenant with Yahweh to chase after false gods.  This warning is suitable for our world as well.  How often do we desert from our solemn commitment to place the Lord above all things?  How often do we effectively apostatize by not living up to Christ’s expectation of His followers?  Do we seem to others to be counter-culturally Christian or are we indistinguishable in word, deed, attitude, and perspective, from the prevalent paganism?

Only God can deliver us from the turmoil of our own sinful ways and a decadent society.  We need to pray all the more for His help to militate against our own fallen nature and fallen world.  Coming to Him with sincere hearts and a firm purpose of amendment we, like the Chosen People in Ezekiel, can count on the Almighty to “cleanse [us] so that [we] may be [God’s] people and [He] may be [our] God.” 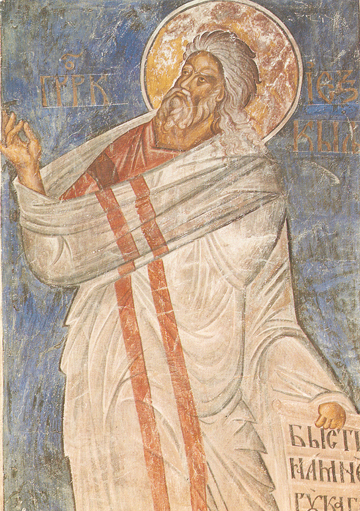