Kempis sees suffering as the way we conform ourselves most closely to Jesus (2,12).  To grow to love trials and tribulations is what he calls us to do for love of Christ.  A heavenly reward awaits, certainly, but its benefits accrue here as well in our interior disposition and exterior example.

As we continue to work through the Acts of the Apostles (11:19-26) in these heady days of the Easter Season, we read about the evangelization efforts of the first Christian disciples.  Having been “scattered by the persecution,” their efforts extended further more quickly than they had anticipated.  Yet previous difficulties and the possibility of future tribulations does not deter them in proclaiming the Good News.  Their efforts, guided by “[t]he hand of the Lord,” resulted in “a large number of people [being] added to the Lord.”

What a joy it must have been for these early disciples to find through their persecution the openness of so many Jews and Gentiles to this new Gospel that they were charged with proclaiming.  They felt and witnessed “the great fruit which … derives by bearing his cross.”  Is there a higher consolation than knowing that by word and example that we are bringing others to Christ as is our calling (see Mt 28:18-20)?

Many times in these posts, the promise of suffering, and thus the necessity of suffering, has been emphasized.  Why let these difficulties, that will undoubtedly come our way, go to waste?  Rather, let us unite our sufferings with Christ’s for the sake of His kingdom. 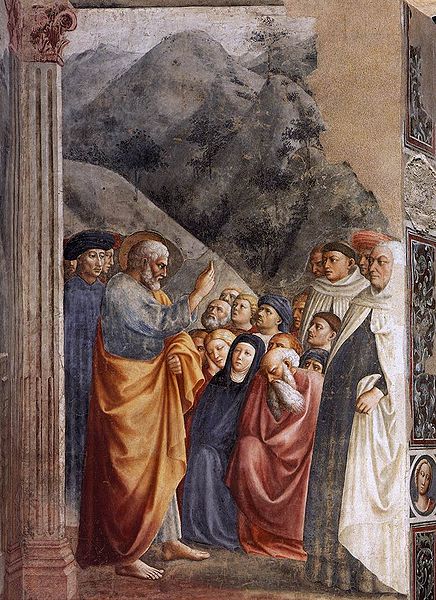