Today we begin Book III of Thomas à Kempis’s The Imitation of Christ.  This longest of the four books that comprise this work is entitled, “Of Interior Consolation.”  The first chapter is “The Interior Conversation of Christ with a Faithful Soul.”  The first line of the first chapter of the third book is found above.  A good way to begin, no?  If we want to understand God’s will for us we need to hear it.  If we long to converse with God, it must be a discussion, not a monologue.   If we desire contemplation and inspiration, we must be attentive interiorly while shutting out worldly noise.

Happily, in beginning this new book of the Imitation, we also kick off several weeks of working through The Book of Glory, chapters 13-20 of John’s Gospel which opens with the Last Supper.  Today we read of the aftermath of Jesus’ washing of the feet of the apostles (an episode only found in John) (Jn 13:16-20).  Jesus’ opening words in this excerpt direct the apostles to imitate Him.  If it is not beneath Jesus, the King of Kings (see 1 Tim 6:15), to act as a servant/slave (as it was normally the job of such a one to perform such a menial task as foot washing) were His closest followers to consider it beneath them to do the same?  And what was their reward for being the servant of all: “blessed are you.”  Jesus then, somewhat obscurely, predicts His betrayal as proof that He is “I AM,” that is God, and then declares these men sent.

Yes, it is the best advice we can receive to “hear what the Lord God” says to us.  This means more than just hearing but really listening.  It is an active listening that should lead us to action.  Like the apostles in the upper room, we too are sent, looking to our Master for guidance, and following in His footsteps.  He closes this section with these words: “Amen, amen, I say to you, whoever receives the one I send receives me.”  This double amen is used occasionally by Christ (see here for an interesting overview) for additional emphasis, a particularly hearty “listen up!”  If we want to be received as Our Lord we must present ourselves as He would present Himself.  Sometimes that leads to praise and admiration, more often in the Gospels, it leads to opposition and scorn.

No slave is greater than his master. 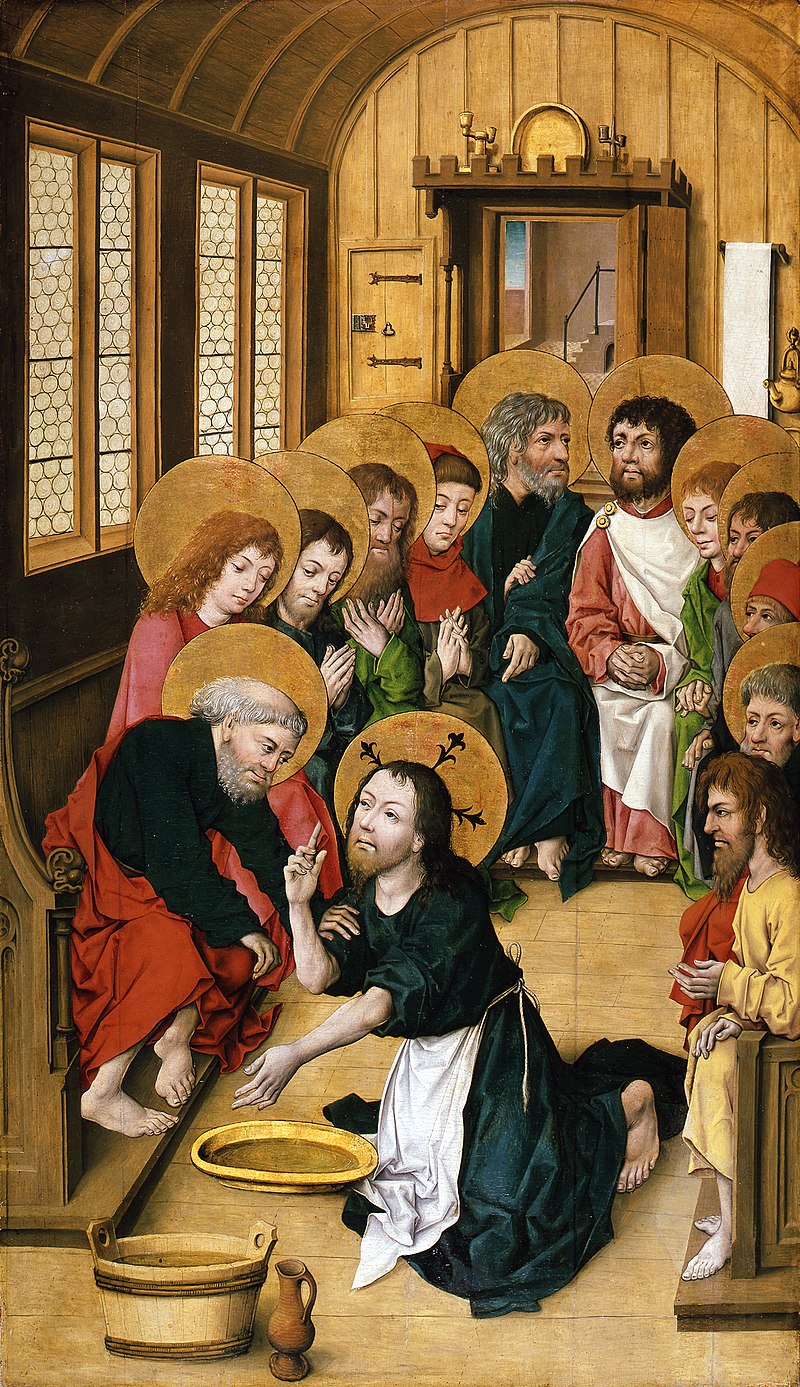