The passage above from today’s first reading for the Feast of the Assumption (Rev 11:19a; 12;1-6a, 10ab) has long intrigued me.  Upon hearing it again today, I thought I would look to several of my commentaries for explanation.

While it is true that some commentators, particularly those who wish to downplay the role or status of Mary, the mother of Jesus, will not see her in the beginning of Revelation 12, a good Catholic approach (here and in many other places in Revelation [and Divine Revelation]) is to see layers or levels of meaning.  To wit:

When the entire text is taken into account the woman is seen to be faithful Israel, personified as daughter Zion, who gives birth to the Messiah.  At the same [time], the woman is the literal mother of the Messiah, Mary of Nazareth.  Finally, the woman is the Church, whom God cares for during her time in the wilderness of this world and who brings forth children (12:17).  This vision illustrates Revelation’s symbolic way of communicating, the multiple levels of meaning in images, and the book’s nonlinear chronology, since the story that this vision tells begins before the birth of Christ.  (Peter S. Williamson, Revelation [Catholic Commentary on Sacred Scripture] [Grand Rapids: Baker Academic, 2015], 210) 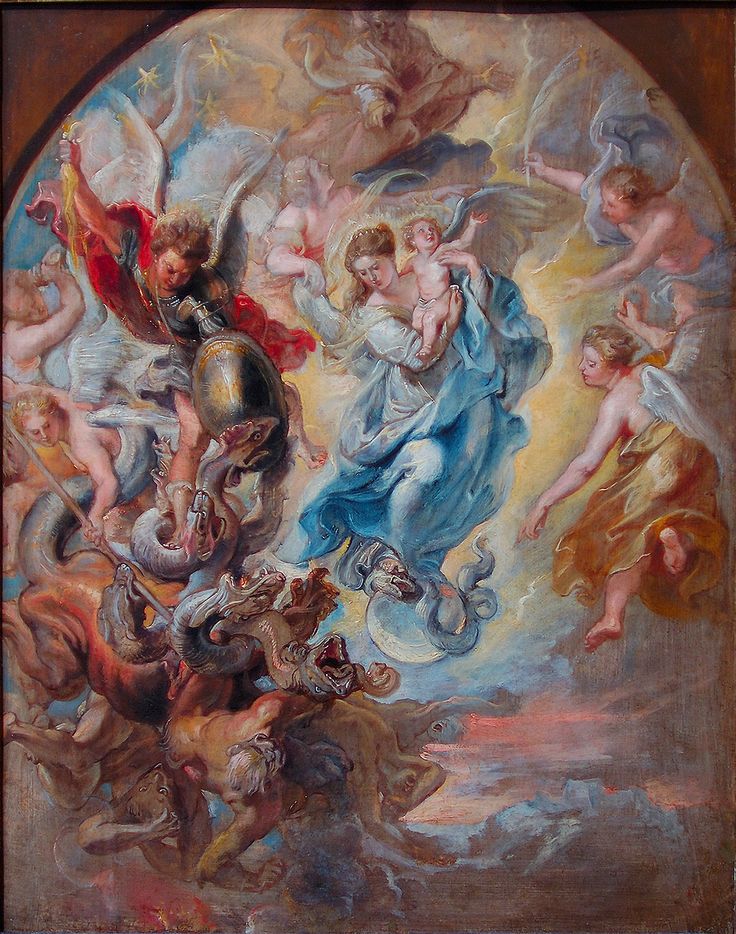 My friend, Jim Papandrea, tends more strongly to a Marian interpretation while recognizing other allusions and then ties them all together to provide historical context:

Revelation 12:6 and 12:13-16 refer to the same event, the flight of the holy family into Egypt.[…where] they were guided and protected by God, and according to verses 6 and 14, they spent about three and a half years in Egypt.[…]  It is the same amount of time as the activity of the beast, that is, the war of Rome against the people of Judea.[…]  It is also the same amount of time that is described in the book of Daniel as a great tribulation interpreted as the reign of Antiochus IV.  Connecting all these events in this way signifies that the same satanic force that was cast out of heaven also caused the oppression of historic Israel, tried to kill the infant Jesus, was behind the Roman war against the Jews with the subsequent destruction of the temple, and will be behind the continued persecution of the Church.  Just as there is a continuity to God’s activity in history, there is also a historical continuity to the activity of Satan on earth.  (James L. Papandrea, The Wedding of the Lamb [Eugene, OR: Pickwick, 2011], 111-112)

Consider the depth of meaning in just one verse that, on its face, is easy for the average reader or hearer to hurry past or dismiss entirely as of little importance.  It is imperative that we dive into scripture (with the guidance of the Church and commentaries faithful to it) so that we do not miss out on so much that God, out of His graciousness, has given to us in His Word.  Dr. Papandrea’s interpretation in particular shows that understanding the Bible is not of mere intellectual interest but also helps us understand the world in which we live.

Our Lady of the Assumption, pray for us.