Today’s gospel reading (Mt 19:16-22) gives us the story of the rich young man.  He asks Jesus, “Teacher, what good must I do to gain eternal life?”  Jesus tells him to keep the commandments but the fellow persists.  Then Jesus lists some commandments as the man requests.  The man is still not satisfied and then asks the question in the headline.  This is when Jesus tells him to give what he owns to the poor and follow Him.  The man goes away sad. 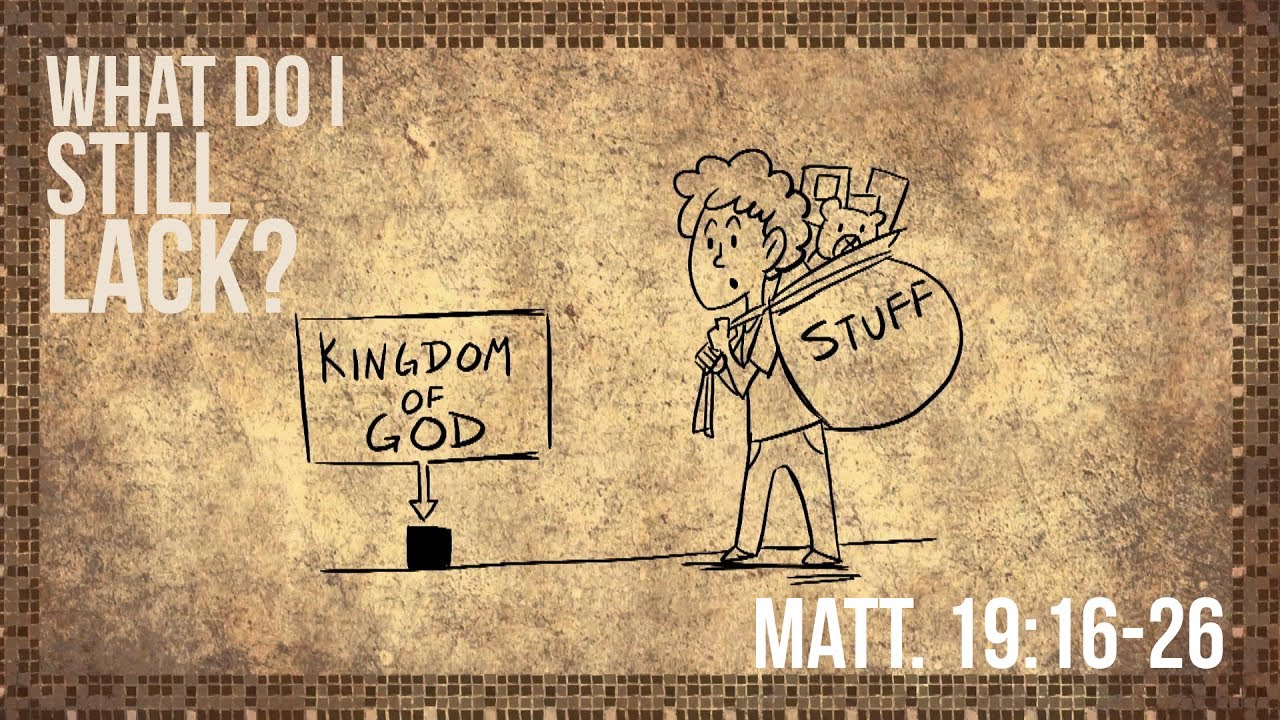 The passage read today got me thinking about the rich man’s motivation.  Did he wish to justify himself to others (“I know what they’re saying — I’ll show them!”)?  Was it a pang of conscience (“Should I be doing more for others?”)?  Or had he been following Jesus, or at least listening to Him or hearing reports, and become enthusiastic (“I’m fired up– what else can I do?”)?

Although the man pushed the issue, clearly he was not expecting the answer he was given.  Possessions, generally, are neutral.  Yet clearly Jesus had insight into this man’s heart.  It was not the man who had possessions it was possessions who had the man.  Thus he went away sad.  Why sad and not angry or dismissive?  I believe it is because deep down he really wanted to follow Jesus – and knew He was right in His assessment.  He knew that his stuff was holding him back.  Yet he was not in a place where he was prepared to give up that which kept him from fully throwing in with Jesus.

While Scripture tells us no more about this man, it is interesting to wonder what became of him.  Did he eventually follow Jesus or at least become a Christian at some point in his life.  Or did he continue for the rest of his life to focus on his finances and build an even greater estate.  Maybe he lost his wealth and reconsidered his priorities.  Whatever the case, I am willing to bet that Jesus’ words stayed with him long after the two parted ways.

And so we ask ourselves the same question: “What do I still lack?”  What is it that possesses us and keeps us from a wholehearted relationship with Christ?  Whether its stuff, sin, or worldly cares and distractions, Jesus asks of us the same thing he asked the young fellow 2000 years ago: get rid of any obstacles “then come, follow me.”